Stories that will appear on the News page 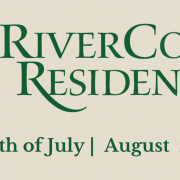 Residents celebrate the Fourth of July with a BBQ presented by the kitchen staff. 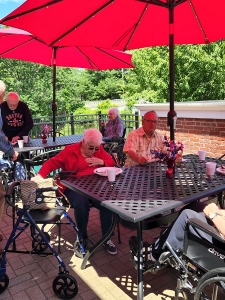 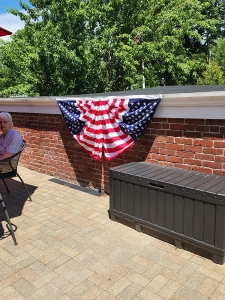 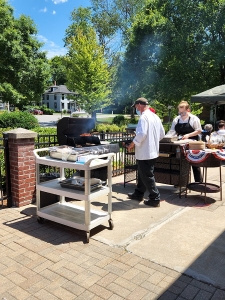 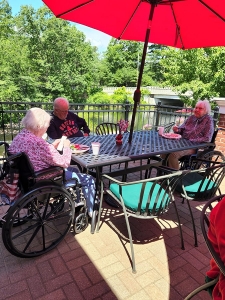 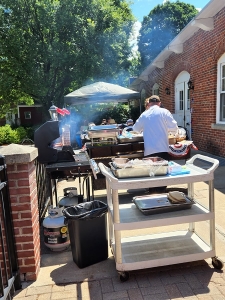 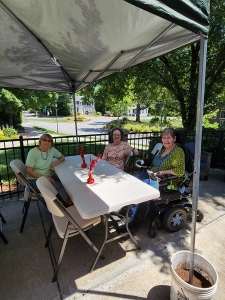 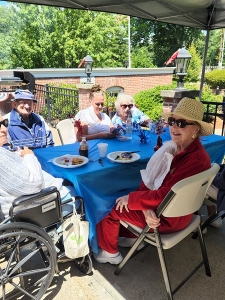 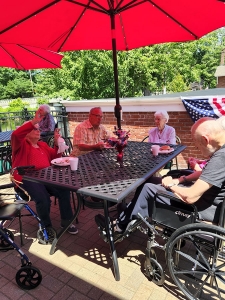 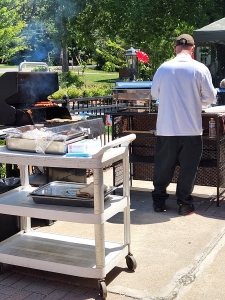 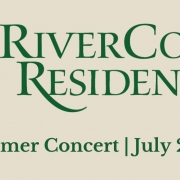 An ensemble of fiddle, guitar, and bass.

To register, or for questions: Contact Sandy Becker at RiverCourt Residences 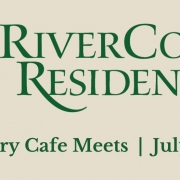 Memory Cafe Meets the Third Tuesday of Every Month

A memory café is held in a safe and comfortable space where caregivers and their loved ones can socialize and enjoy activities together. They allow those living with any form of dementia or cognitive decline an opportunity to enjoy the company of other. Memory Cafes’ provide mutual support, exchange of information and a place for caregivers to enjoys activities with their loved one as a break from the normal routine.

Each memory cafe’ is different but they all offer a variety of engaging activities for participants.

To register, or for questions contact: Ashley Shaheen at The Groton Center
978-448-1170 • Email: Ashaheen@grotonma.gov 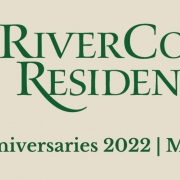 Laurie Morency has worked at RiverCourt Residences since October of 2007, which means that in the year 2022, Laurie will be celebrating her 15-year anniversary. Laurie came upon RiverCourt by chance when she worked as a companion at Right at Home Agency with a woman named Connie. Once Connie moved from assisted living to the memory care unit, Laurie was asked to apply for the open activities position and the rest is history! Laurie’s favorite part about working at RiverCourt is seeing the resident’s faces when she walks into Reflections, even if some of them don’t know her name, she knows they will always be happy to see her. One memory in particular that stands out to Laurie was during the music and memory program, one of the non-verbal residents had a conversation with his wife after they listened to his personalized music library. It was a powerful thing to see how music can affect the brain and memory. Laurie was born in Maine and moved to Chelmsford Massachusetts when she was 5 years old. She is the oldest (by 6 minutes) of 8 children to her parents Tom and Rita Pucci. She married Steve Morency in 1976 and has two children together named Eric and Shannon. In her free time, Laurie likes to go for walks, garden, play poker, and thrift shop with her sister Linda. 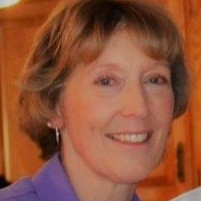 Amanda is celebrating her 1-year anniversary at RiverCourt Residences in June of 2022. When Amanda was in high school, she needed to complete a certain amount of community service hours in order to graduate. She decided to do the program called “adopt a grandparent” where she fell in love with bringing joy and happiness to the elderly. She then knew that was what her calling and one of her purposes was to be in life. Her favorite part of working at RiverCourt is getting to know the residents and spending time while making personal connections with them. Amanda got her associate’s degree in Human Services with a certification in gerontology. She is from Andover MA, got her associate’s degree right before she moved to Florida, and is now living in Chelmsford MA. She has a big orange cat named Simba who she rescued in Florida, she loves to go to the beach when the weather is good, and to binge-watch a good tv show. 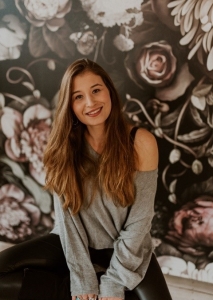 Scott Taylor is an original member of RiverCourt Residences, working now for 20 years and 6 months since December of 2001. There are many memories that Scott mentioned, but the ones that made him smile the most were the ones where he mentioned how closely he worked with residents that lived to be over 100, the cookouts that the staff would attend for certain milestones, and anytime that he could make a resident smile. He also mentioned that working with residents that lived over 100 was always a highlight of his career. Scott mentioned many reasons why his years at RiverCourt have been rewarding, including when families come up to him and thank him and everyone else for the wonderful job that they do. He also mentioned that when good things happen to the residents, it always puts a smile on his face. 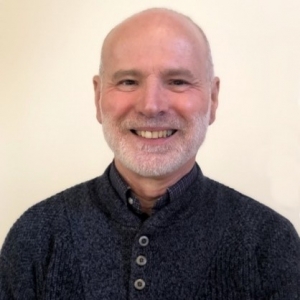 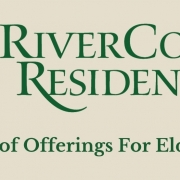 Re-published with permission, from the Groton Herald

Two decades on, a public-private partnership between the Town & RiverCourt made possible a place where elders can live with dignity near family and friends

When RiverCourt Residences honored the longest serving employee of the Assisted Living Facility last week, it was also celebrating its 20th anniversary in Groton and tipping its cap to jobs done well the past two decades including the successful navigation of the pandemic the past two years. Scott Taylor, a Resident Assistant at RiverCourt, was honored for his 20 years of service and for being with the facility from the early days of its opening in 2001 to the present. The event was fitting as Taylor represents the type of care that management and employees strive to give to the residents who choose to live there. Taylor said of the occasion, “…The many memories that made me smile the most were the ones where I worked with residents that lived to be over 100 years old… 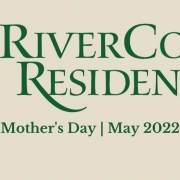 Mother’s day is a holiday that is celebrated and observed all over the world. In the United States, Mother’s day is celebrated on Sunday the 8th of May of this year. The American creation of Mother’s Day was created by Anna Jarvis in 1908 and would later become an official holiday in 1914. Anna Jarvis was a social activist and when her mother stated that she had wondered why there was not a date to celebrate motherhood, it gave Anna the idea to create the day after her mother’s passing to honor her. Anna would later denounce the date because she believed the day became too commercialized for her liking. She spent the latter years of her life trying to remove the date from the calendar but unfortunately passed before she could succeed in that regard.

Celebrations of mothers and motherhood though can be traced back to the ancient Greeks and Romans. They would hold festivals to honor the mother goddesses Rhea and Cybele. The most modern history that shows motherhood being celebrated was by Christians who had a festival called “Mothering Sunday.”

It was a tradition in the United Kingdom and parts of Europe where a celebration would fall on the fourth Sunday of Lent and would be seen as a time when those who celebrated the faith would return to the “mother church” for this special service.

On the second Sunday in May, America celebrates Mother’s Day. The celebration usually includes generations coming together to celebrate the love that mothers have for their children. It could also be a celebration for single fathers who take care of their children on their own. Sending cards and presents to your loved ones on this day is to celebrate caring for one another, it doesn’t necessarily mean that you have to be a biological mother or even a female at all, it just means that you have taken care of a child for the purpose of loving them and nurturing them. Not every family is perfect and not every mother is perfect either, so whoever grew up taking care of you and your siblings can also be celebrated on this day.

Even though mother’s day (the modern concept) was regretted by the originator because of its overly commercial elements. That is not what Mother’s Day is supposed to be about anyways. Making something for them or taking your loved one out to eat for the day is just as caring as buying them a gift. Maybe Anna Jarvis was right that the holiday has become too commercialized, but isn’t that true for any holiday these days? To care and to love for those that nurtured and took care of you growing up should be enough for them. Here is to all the mothers, fathers, and loved ones out there who have ever taken care of and have had love for a child. Cheers! 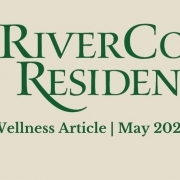 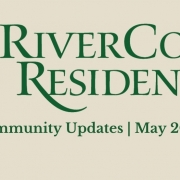 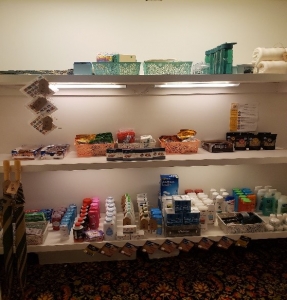 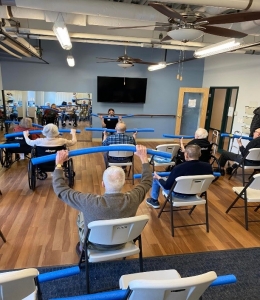 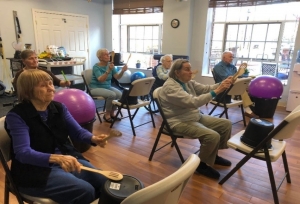 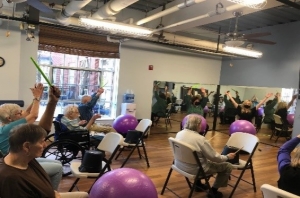 For all residents, family members, and staff please be cautious about what is flushed down the toilets at RiverCourt Residences as it can affect the septic system. This includes the wipes that are used for the residents that can block up the system. Thank You! 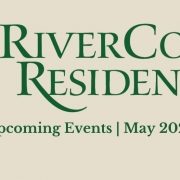 Music and Memory Program up and running! Find out more.

We'll get in touch!
Menu
Skip to content Scroll to top